The town Solo dates back to the Hindu-Javanese empires. Solo, in former times Surakarta, is the oldest cultural centre of Java.
During the 9th century the area around Solo was dominated by Hindu and Buddhistic empires. At that time important constructions were realised such as the Borobudur,the Prambanancomplex and the Kraton Hadiningrat
The kraton (palace) of Solo has been since 1745 the residence of the sultan of Surakarta. The building is situated along the riverbed of the Solo river, the longest river on Java. Alike the kraton of Yogyakarta the kraton of Solo was considered to be the centre of the cosmos. Ordinary visitors are never allowed to enter the kraton by the northern gate, that gate is only open for special occasions.
Visitors can get a guided tour for a small fee at the eastern gate. In 1985 a big part of the kraton burnt down, partially because the firemen weren’t allowed to pass the holy entrance gate.
It’s also nice shopping in Solo. Besides big shops like Matahari, the national warehouse chain, you can also go to the Pasar Klewer for batikfabrics or to the Balai Agung to buy some traditional souvenirs on the market.

This former princely residence is now a 5 * hotel in the historical heart of Solo.
You can also see this grandeur in, for example, the very attractive entrance hall in Javanese pendopo style. The hotel is within walking distance of the Sultan's Palace. In the immediate vicinity you will find nice s ... meer infomore infoinformations supplémentaires 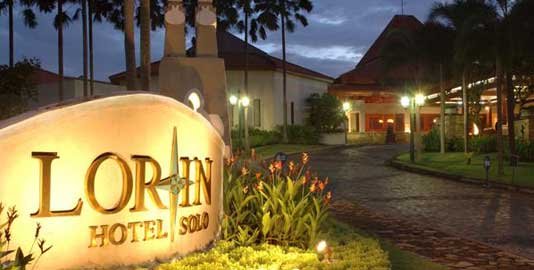 The luxurious 5 * hotel Lor-In is a stylish oasis surrounded by beautiful "lagoons", exotic gardens with impressive large statues, and rice fields. The hotel also has an exceptionally nice swimming pool. Lor-In is located between Adi Sumarno Airport and the city of Solo. The business district and th ... meer infomore infoinformations supplémentaires 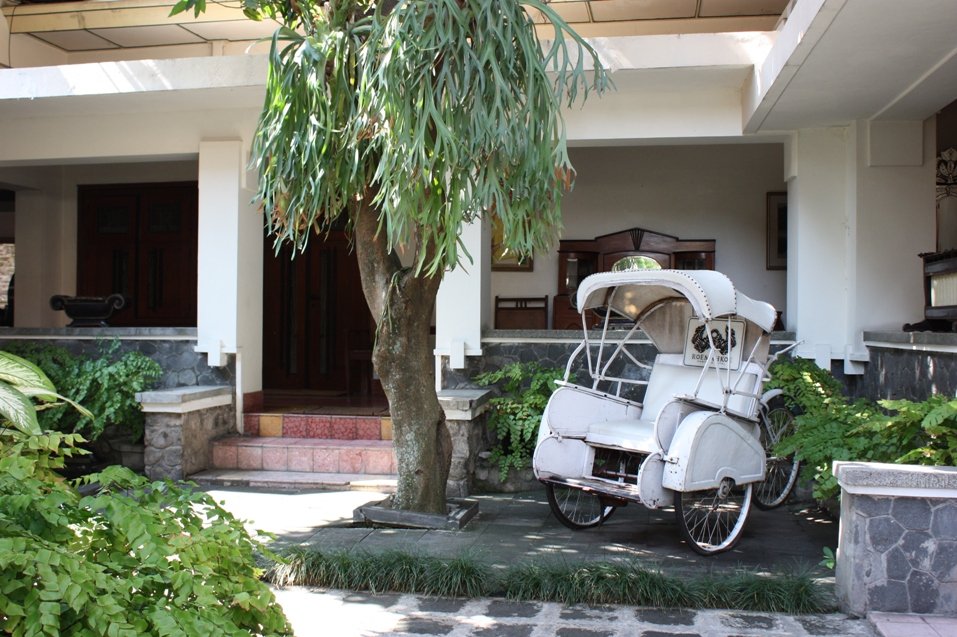 As the name suggests, Roemah Koe Heritage radiates colonial times. The stately old house of a rich batik merchant in the Sultan City Solo was built in 1938. In 2003 the building was renovated and opened as a hotel. The Art Deco architecture, the beautiful furniture from the Dutch East Indies period, ... meer infomore infoinformations supplémentaires Royal Surakarta Heritage is located in Solo's main street. Famous shopping venues such as Pasar Klewer, PGS, BTC and Kauman Batik Village are within walking distance. In the evening it is only a 5 minute walk to the food stalls in Galabo street.
Extras of the hotel
All rooms are luxuriously furnis ... meer infomore infoinformations supplémentaires 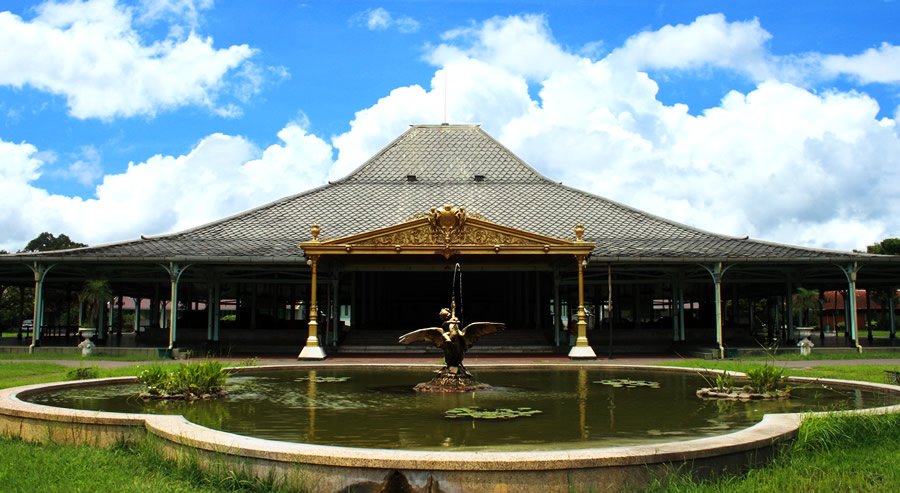 This approximately two hundred year old palace is still in good condition and is one of the main attractions in East Java. The palace has several special rooms and also has a large art collection. It is possible to hire a guide on site. ... meer infomore infoinformations supplémentaires