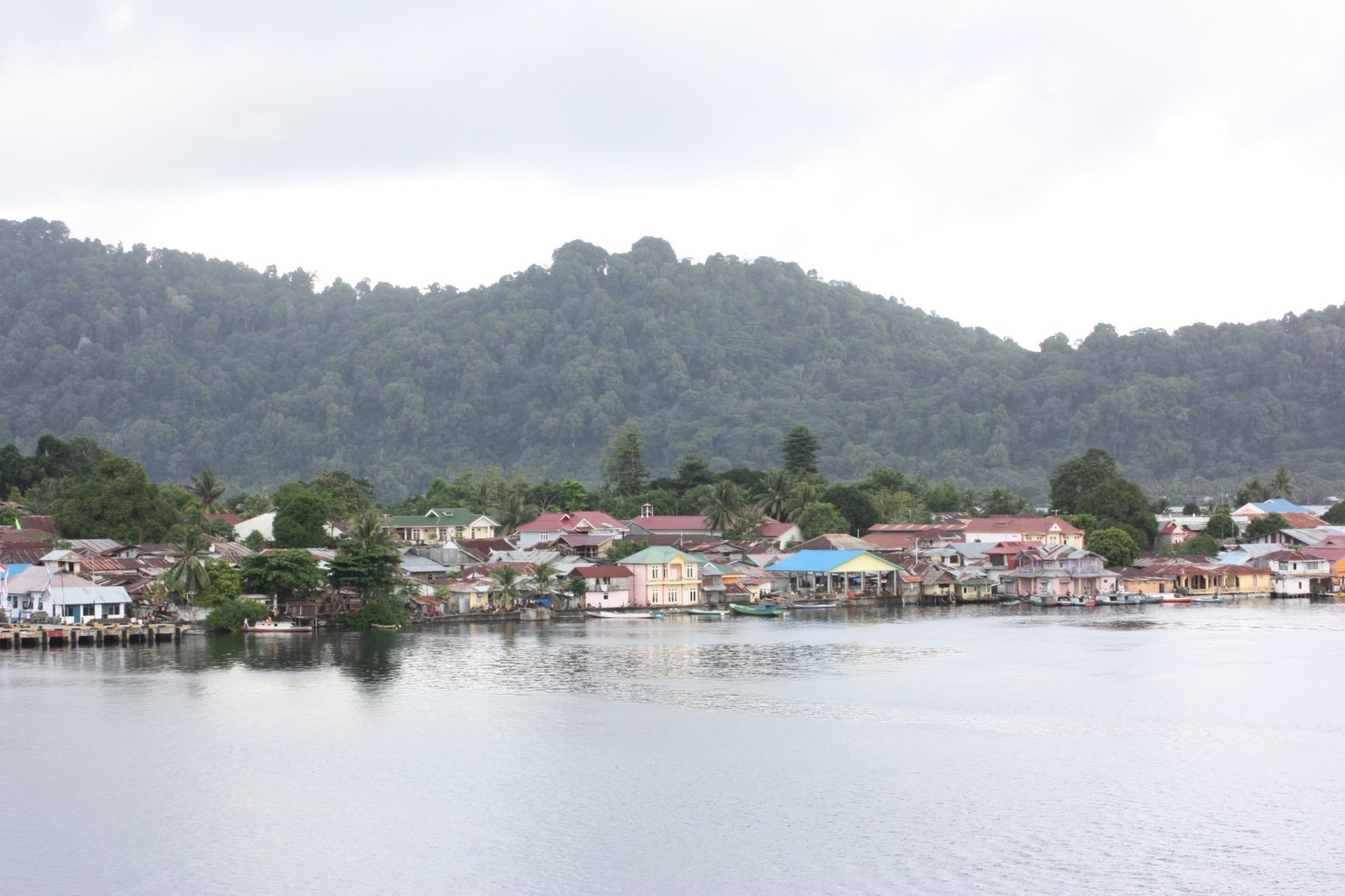 The Banda Islands (Indonesian: Kepulauan Banda) are a group of ten small volcanic islands in the Banda Sea and belong to the Indonesian archipelago of the Moluccas and the province of South Moluccas.
The population is approximately 15,000. Its capital is Banda Neira, on the island of the same name.

Banda is not always easy to reach. There are three weekly flights to and from Ambon, often with small 12-person planes. However, flights are often canceled at the last minute.
From September to mid-December and February to the end of April a fast boat sails twice a week to and from Ambon. The trip takes about four hours.
Then there are the Pelni passenger ships that sail an average of three times every two weeks throughout the year between Ambon and Banda.

The Banda Neira island tour is done on foot: You visit the fort Belgica, the Hatta house (Co-founder of the Republik Indonesia Mohammed Hatta was exiled by the Netherlands to Banda in colonial times. He started a school here, among other things.), The Banda museum with many relics and images from the VOC era and the old church with cemetery

Banda Besar: By longboat you sail in half an hour to the island of Banda Besar. Here you will find Fort Hollandia, the gravestone of Nona Lantsuese and the nutmeg plantation of the van den Broeke family.

Gunung Api is the island with the volcano. You will sail by longboat to the south side of this volcano island to make the two-hour climb to the top at around 5:30 am. At the top you have a beautiful view and you can enjoy the sunrise.

Snorkeling and Diving: The Banda Islands are home to dozens of beautiful snorkeling and diving locations, with colorful coral and many different fish. A wonderful day of snorkeling and relaxing on a white beach is an absolute must. Lunch is not to be missed with fresh fish from the fire!

Around October, divers may encounter large schools of hammerhead sharks at Pulau Hatta. During that month there are also several liveaboards offering dive cruises between Ambon and Banda. 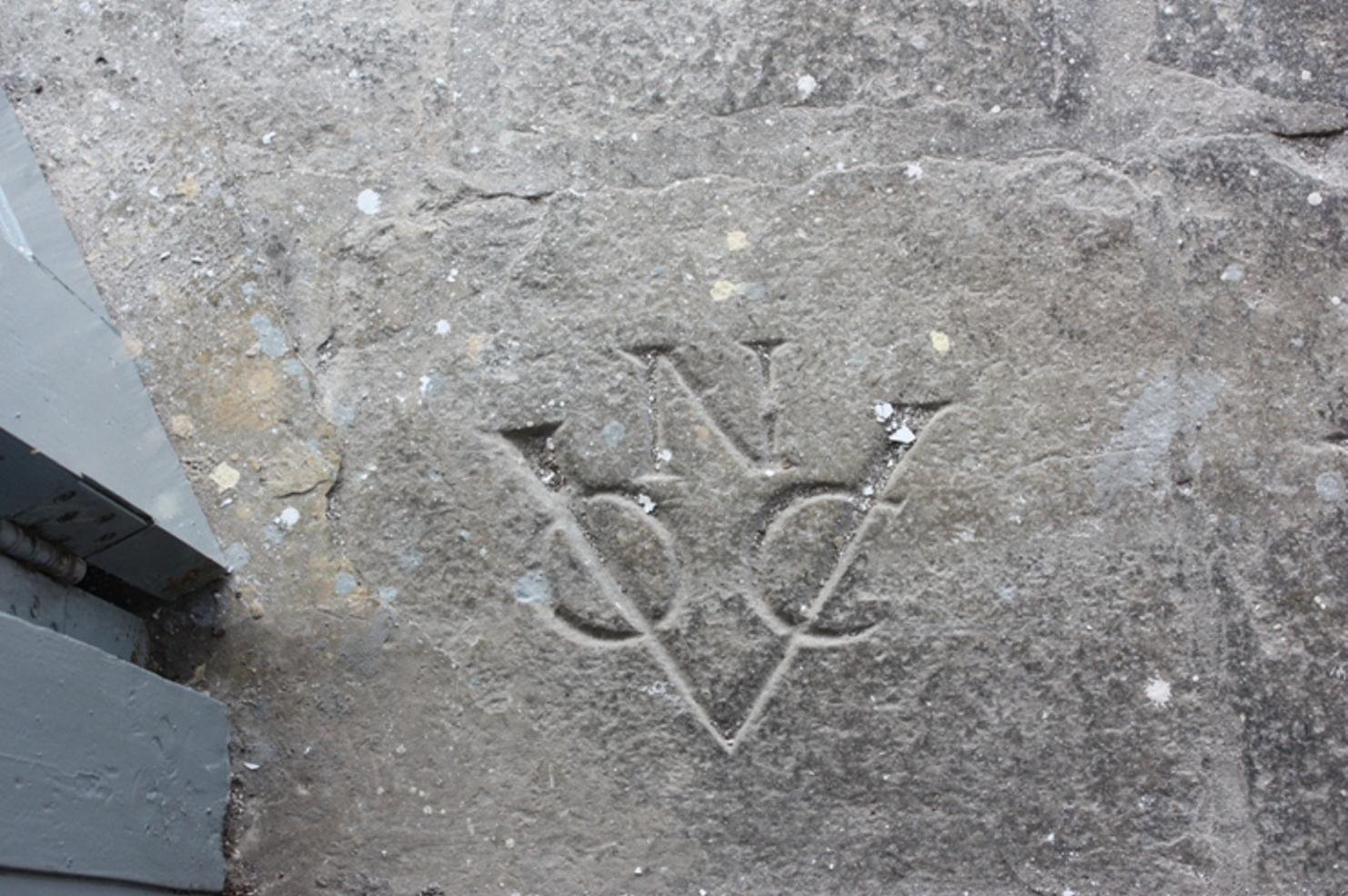 Until the mid-18th century, the Banda Islands were the only known place in the world where the spices nutmeg and mace were grown. The Dutch conquered the islands in the 17th century to control the production of nutmeg and mace. At that time, nutmeg was very profitable in Europe. It was part of plague quack remedies, and a monopoly was very lucrative.

The local population was massacred by the Dutch in 1621 under the leadership of Jan Pieterszoon Coen, and replaced by slaves from Madagascar and Indians. Fort Belgica on Banda Neira, one of the fortresses built by the VOC, is the largest European fort in Indonesia.

Another fun fact: At the time, 'The Netherlands owned almost the entire Banda archipelago. Only the island of Pulau Run belonged to England. In 1667, the Netherlands exchanged the island with the English against the colony of New Amsterdam, now New York ...

Violent religious strife broke out in 1999, which dealt a serious blow to tourism. One of the last perkeniers on Banda was Wim van den Broeke, who lived on the island of Lonthor, also known as Banda Besar. Both Prince Bernhard and former minister Pronk visited him. The van den Broeke family owned five nutmeg plantations, of which Groot Waling on Lonthar is the oldest. A large part of the van den Broeke family died during the religious disputes. 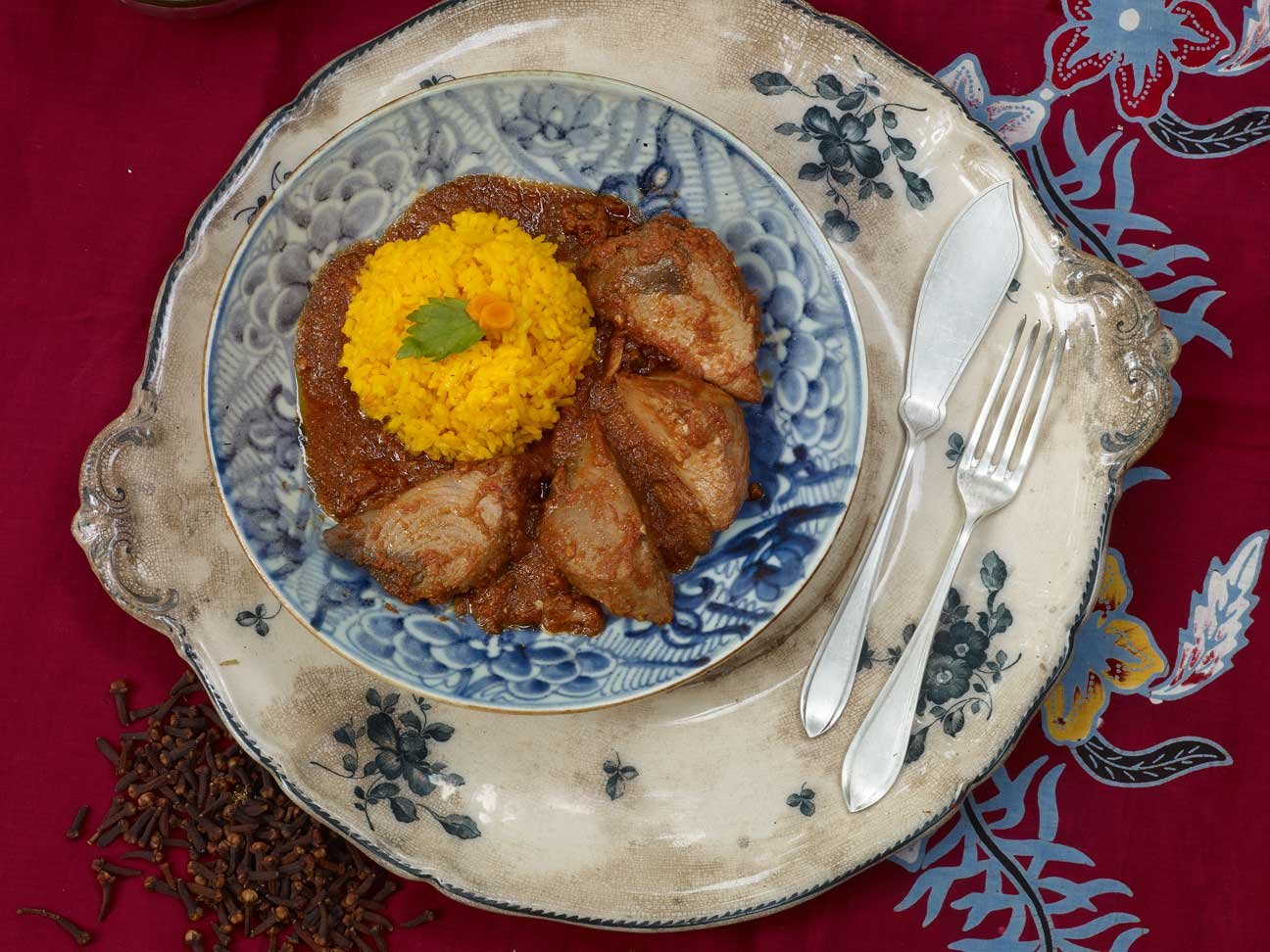 No doubt, the best tuna fish comes from Ibu Dila at the Cilu Bintang Estate. The Tuna Rujak style is to die for! 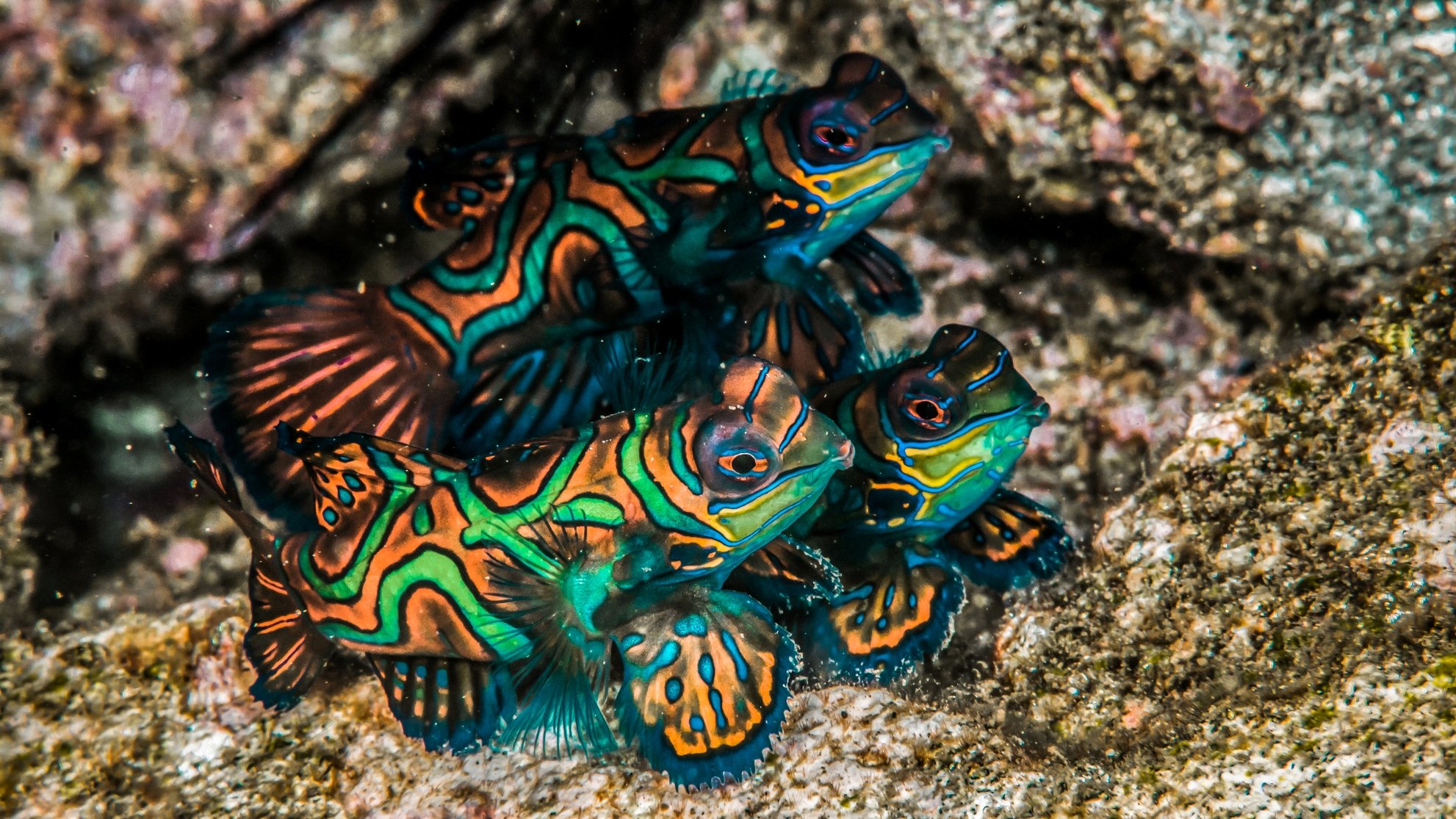 This building block takes you to the Banda islands. Besides the beautiful underwater world you can also climb the volcano Gunung Api, visit the old nutmeg beds and discover the VOC history.

You sail with the Bahia Express in about 4 hours to Banda Neira and spend a week in Likes Guesthouse. Depar ... meer infomore infoinformations supplémentaires 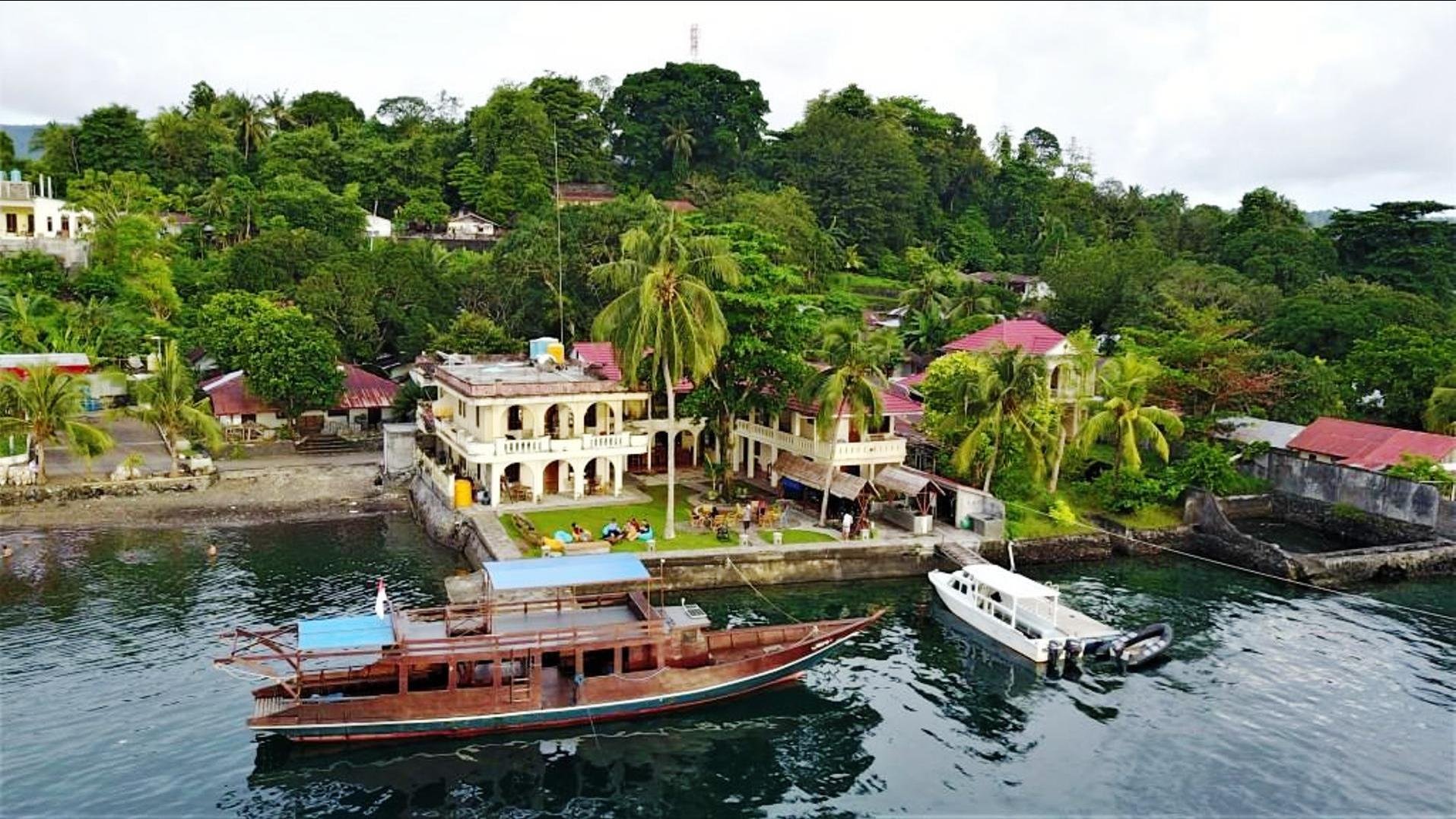 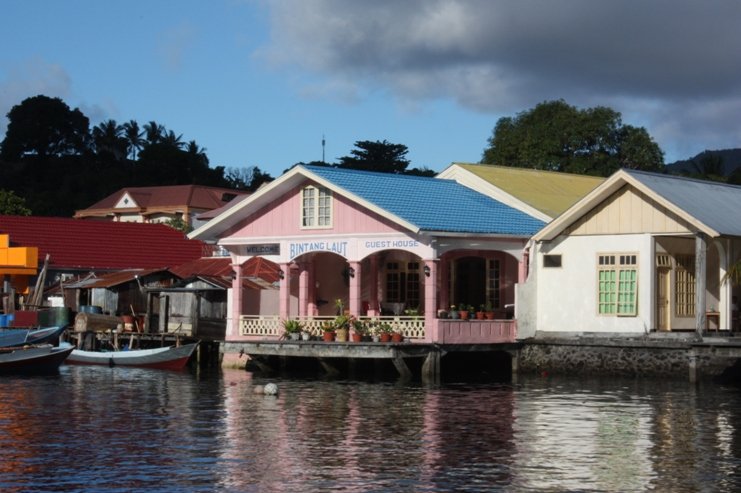 Bintang Laut is a simple guesthouse. It has a nice terrace on the bay overlooking the volcano. Please note that there is no hot water here. ... meer infomore infoinformations supplémentaires 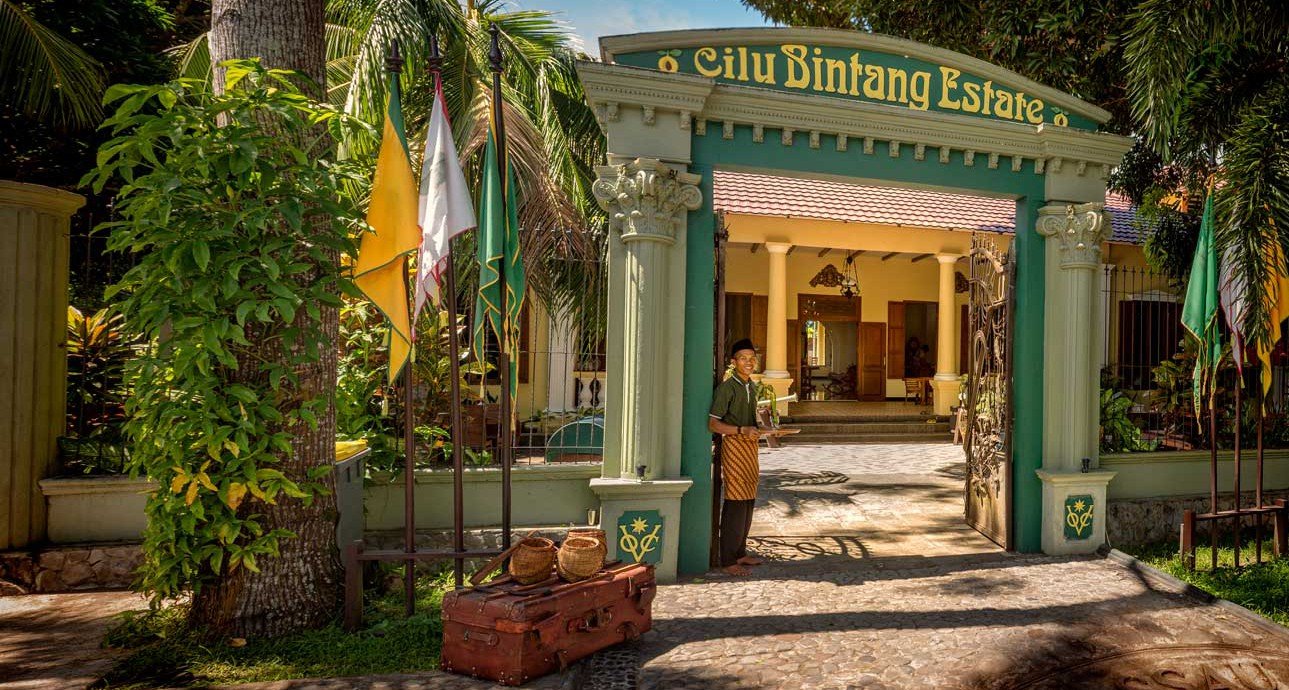 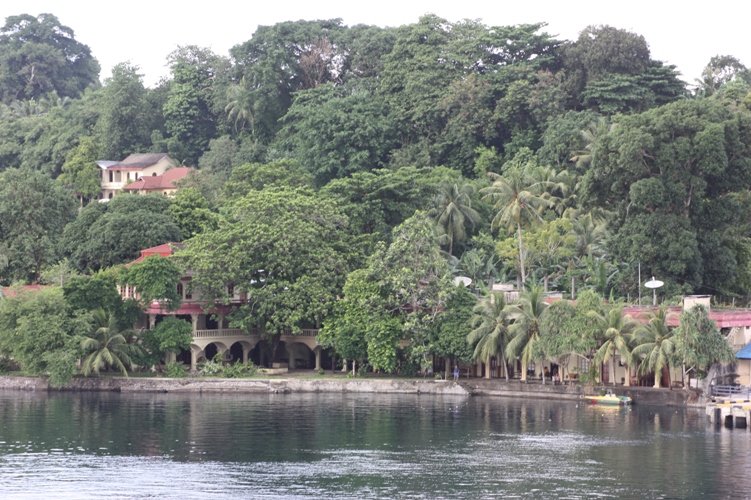 The Maulana hotel is the only 3 * hotel on Banda Neira. It features spacious and clean rooms on the ground floor and the first floor.
The somewhat dated hotel is located directly on the Banda sea and has a view of the volcano Api.
From the hotel all kinds of excursions can be made. Just in front o ... meer infomore infoinformations supplémentaires 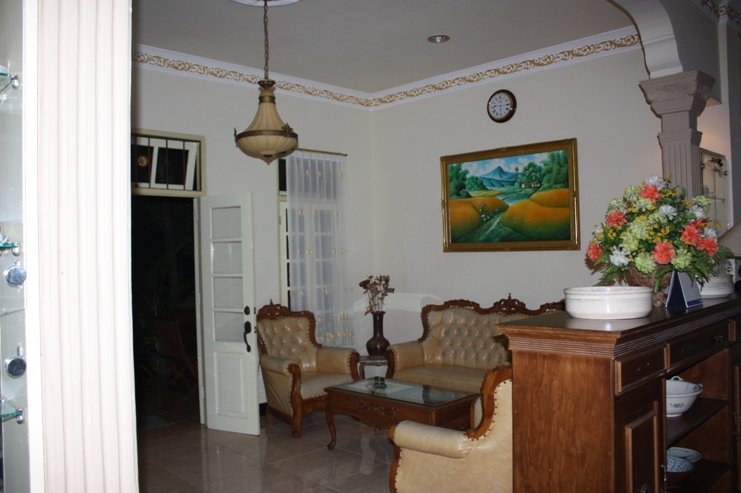 Mutiara Banda is a cosy guesthouse. It is run by Abba and his wife who speak fluent English. They have a nice garden with terrace at the guesthouse and the rooms are spacious and well maintained. ... meer infomore infoinformations supplémentaires 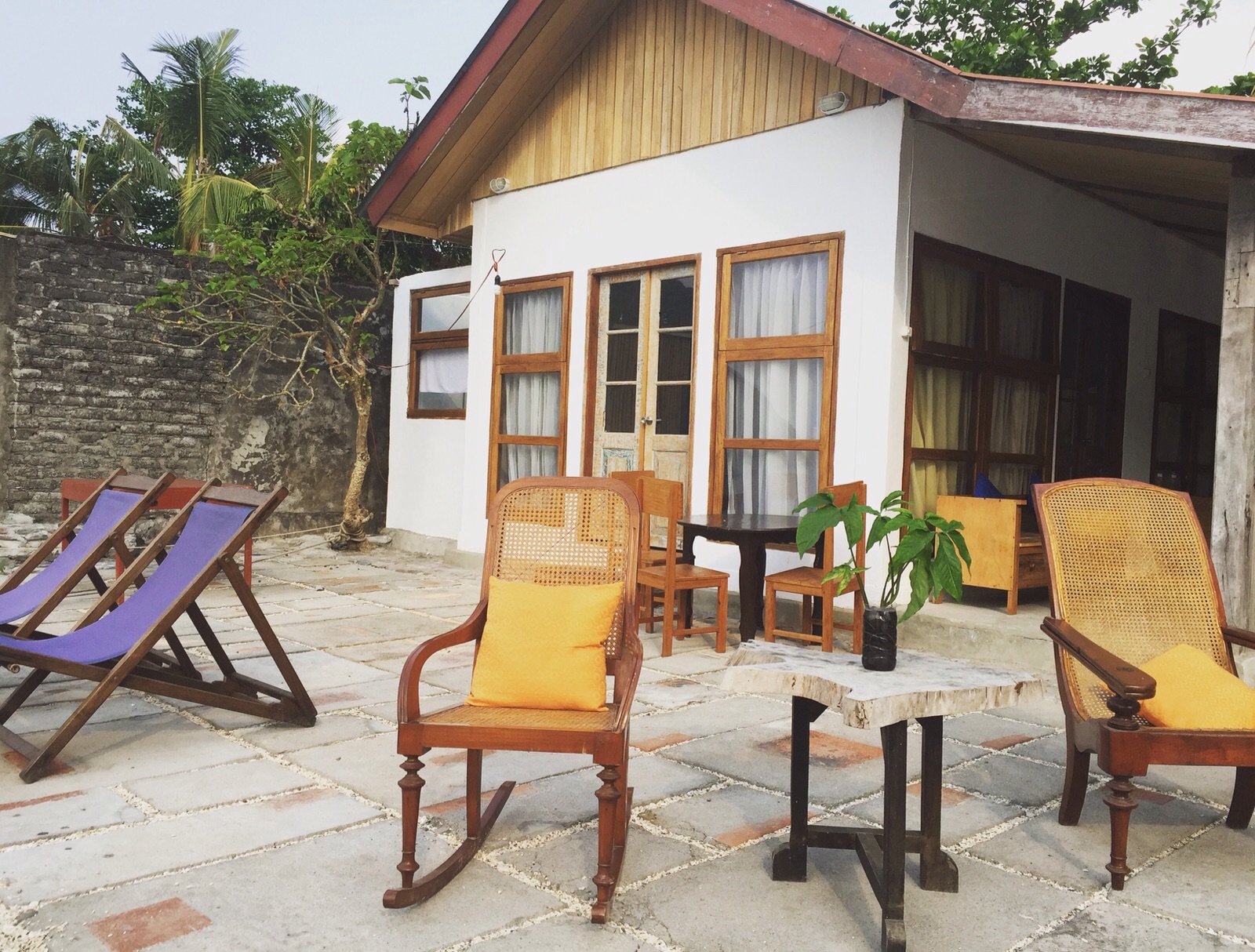 This small and cosy guesthouse is located directly on the Bay of Banda.
Like at all guesthouses on Banda, the food is delicious!
There is a diving centre at the guesthouse.

All imaginable excursions can be organized from The Nutmeg tree:
. Banda Besar with cultures of nutmeg and cloves
. Pula ... meer infomore infoinformations supplémentaires 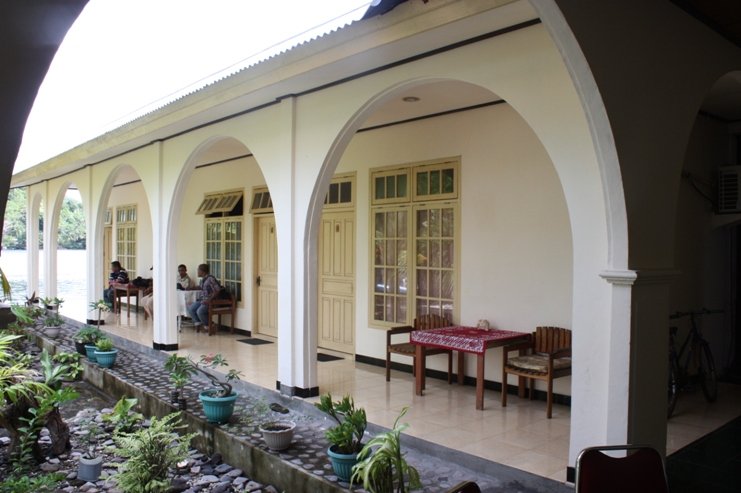 Vita Guesthouse is a simple guesthouse. It has a cosy terrace on the bay with a view of the Gunung Api volcano. Alan, the manager, can tell you a lot in English about the Bandanese people and activities in the area. Please note that you do not have hot water at your disposal here. ... meer infomore infoinformations supplémentaires