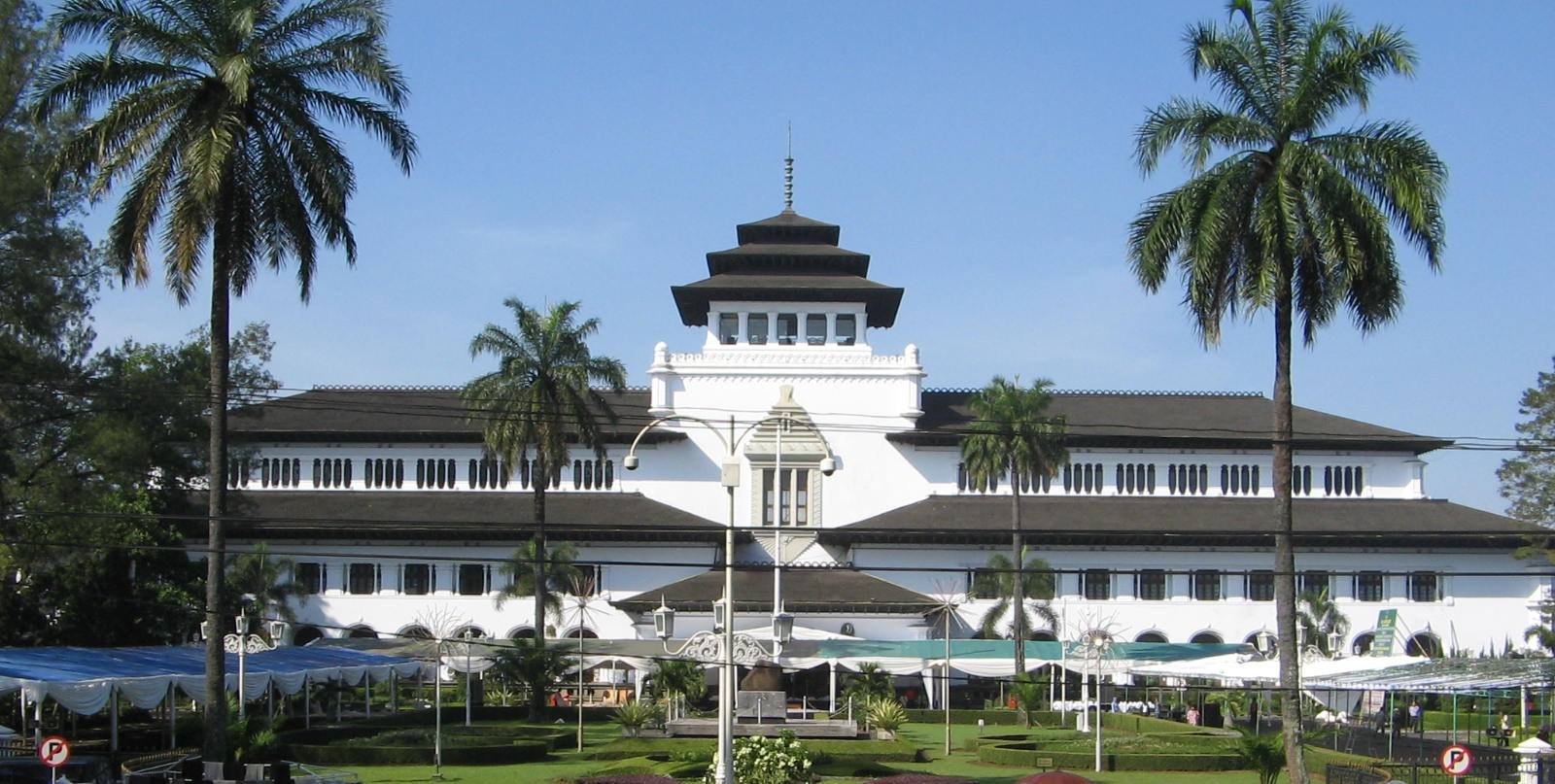 Bandung was often called "Paris of Java". It was not until 2020 that I found out where that name came from: the many fashion shops, Mediterranean restaurants and other luxury boutiques gave Bandung a Parisian look at the beginning of the 20th century. Bandung no longer has that look, except perhaps in the famous Bragaweg, one of the best-preserved shopping streets in the world in Art Deco style.
It is a busy and modern student city, where many old buildings and houses from the colonial period have been preserved. There are architectural highlights such as the Gedung Sate, Villa Isola, the old Concordia, but also the hotels Savoy Homann and Grand Hotel Preanger take you back to the times when the planters came to enjoy their Sunday drink.

North of Bandung are the volcano Tangkuban Perahu, the mountain village of Lembang and the Dago Tea House are worth seeing. In the south you will find the Malabar tea plantation. Kawah Putih, the white crater, is also located in the south and together with Malabar is good for a full day trip. The golden crater Papandayan is more to the east and is special because of the many geysers and the golden rim at the top. The Papandayan is again good to combine in a day trip with the hot springs of Garut.
If you are on time, make sure to visit Saung Angklung Udjo in the afternoon: a dazzling performance of angklung music with dance and wayang golek performance by children from the neighborhood, accompanied and accompanied by descendants of the late Pak Udjo. He once founded a music school for the street children here, which has now grown into a beautiful stage for the children in the neighborhood. At some point you play along, despite your musical illiteracy. 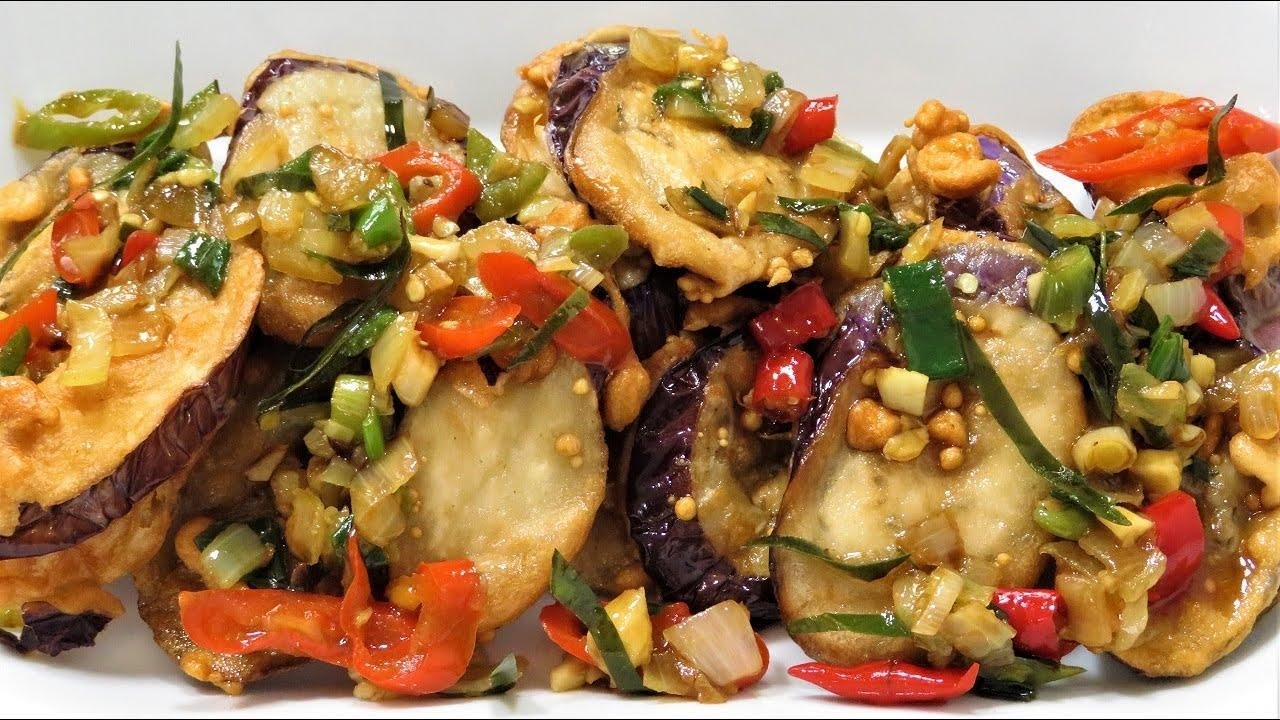 Just like in other big cities, good food is not hard to find. My favorite is Dapoer Pandan Wangi. Order the fried perch Gurame Goreng, not available in the Netherlands, with Terong Raos as a vegetable: aubergines baked in dough. You will never regret it! 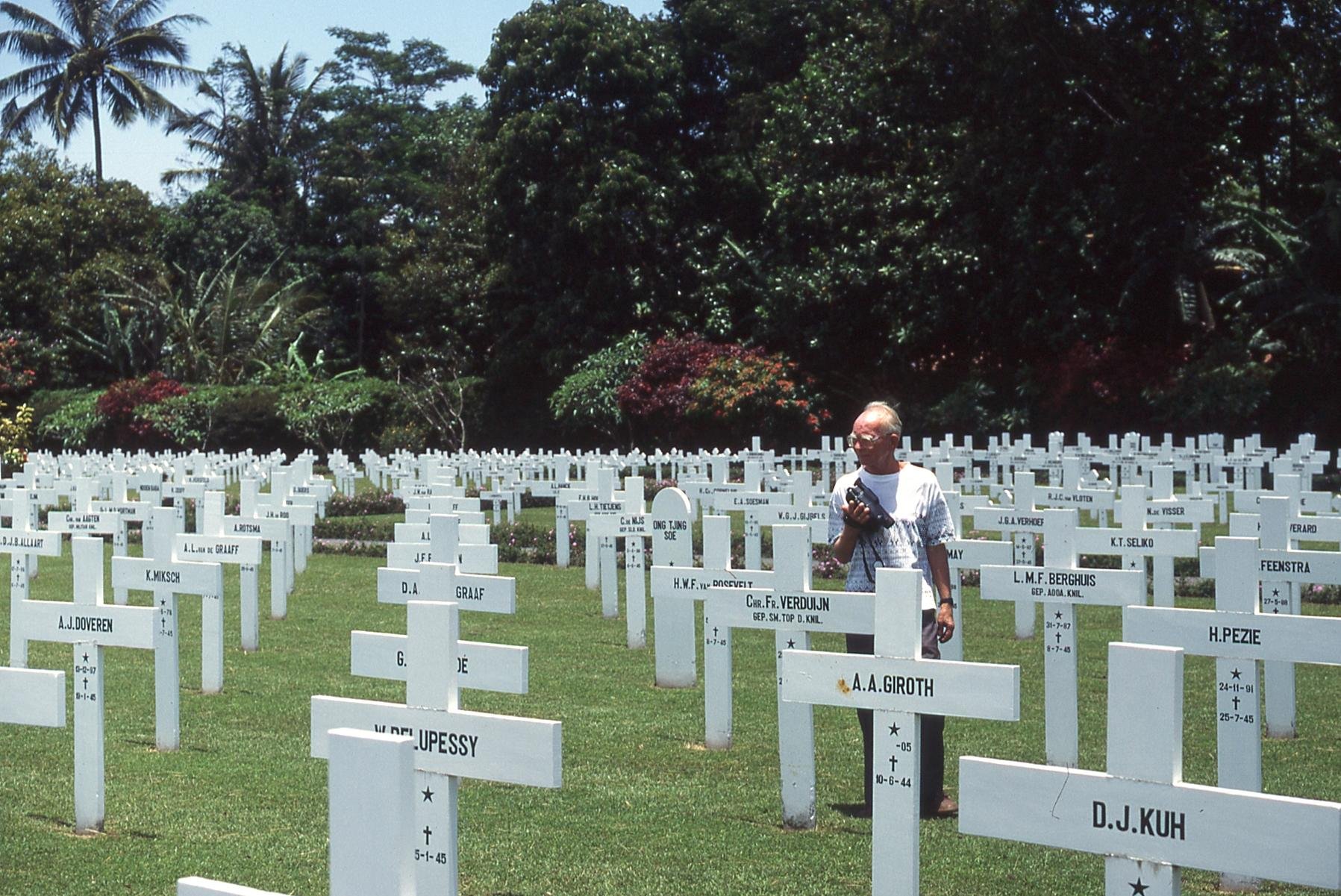 South of Bandung is the town of Cimahi. During the Japanese occupation, the current barracks served as Jappenkamp, ​​where my grandfather and father had been interned for several years. In Cimahi is also the honorary cemetery Leuwigajah. 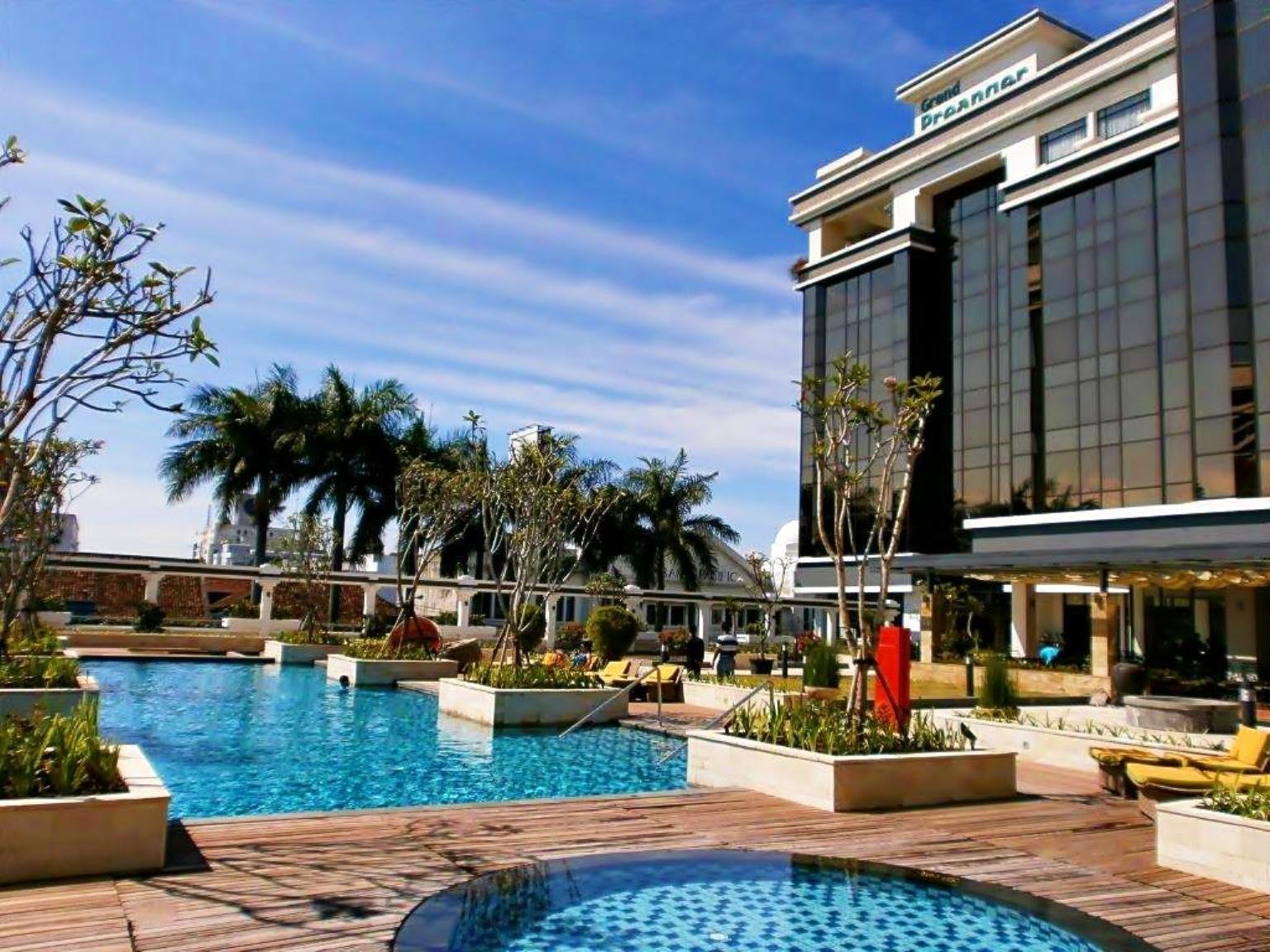 The Grand Preanger is a luxury 4 * hotel located on the Jalan Asia Africa, the former Post Road in Bandung. 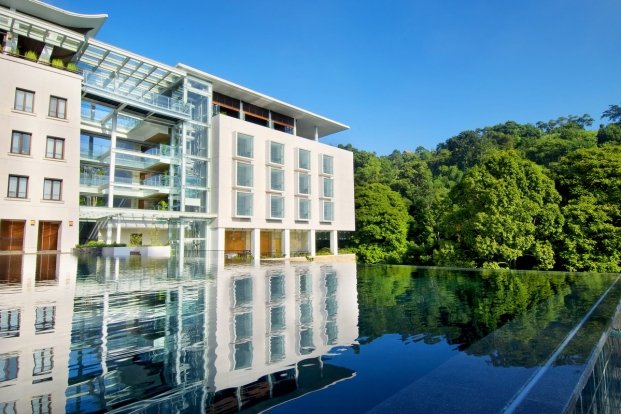 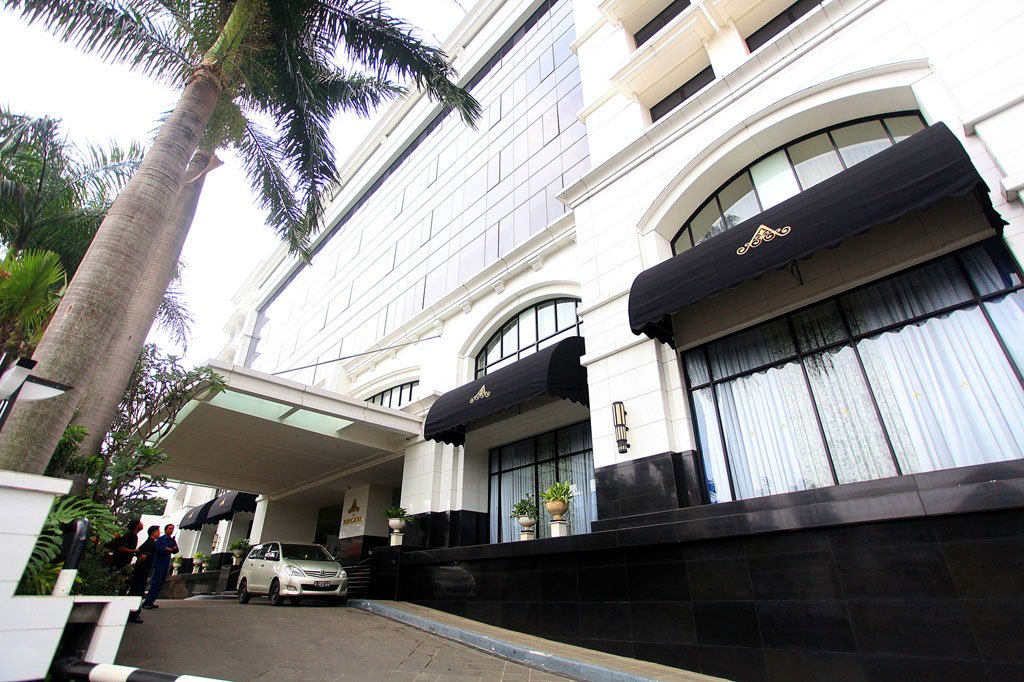 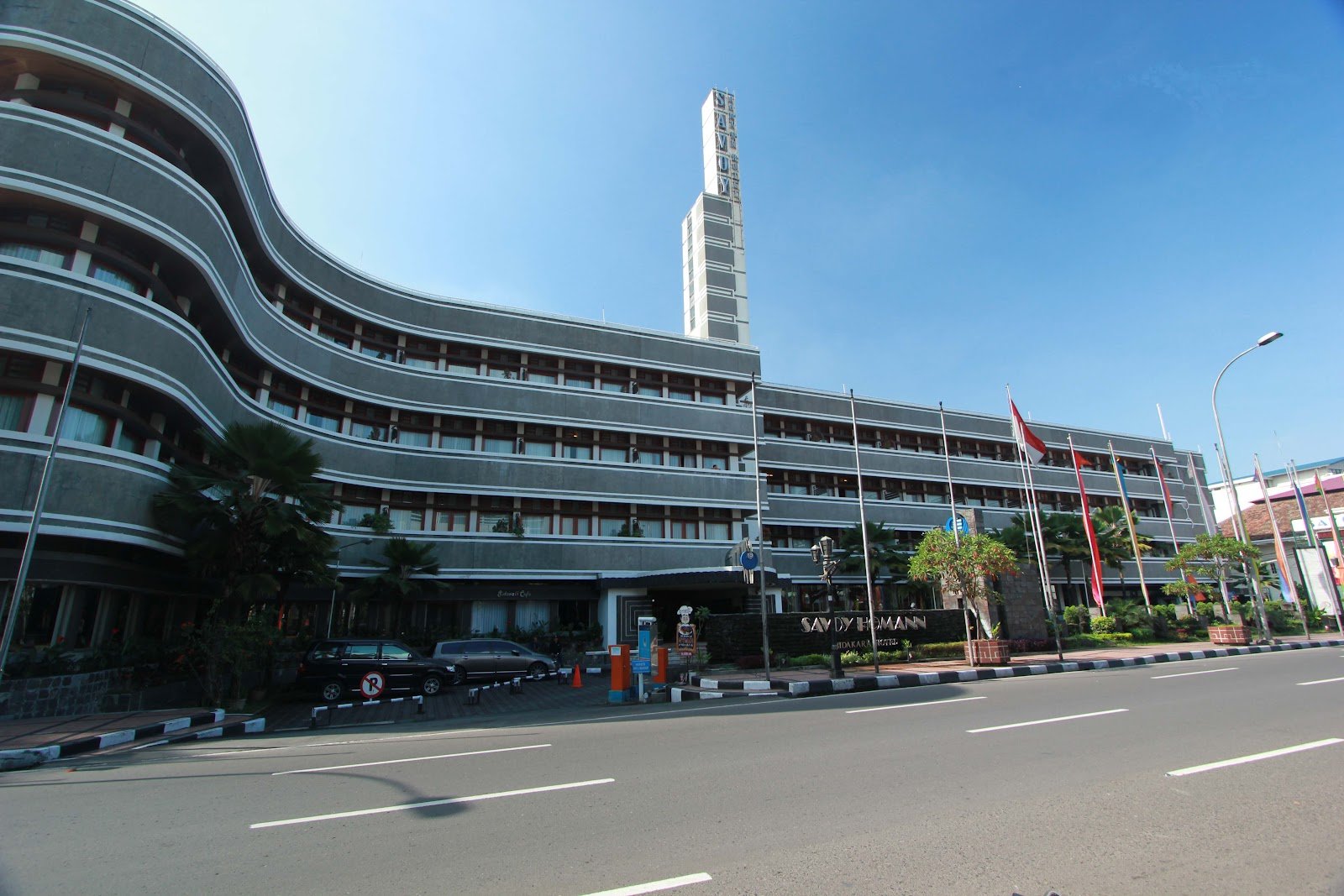 Selamat datang di tempo doeloe!
The beautiful Art Deco-style Savoy Homann is located in one of the colonial neighbourhoods in the centre of Bandung on the old Post Road Jalan Asia Africa.
The rooms have now been modernized but the public areas have luckily kept the Art Deco style.
In the beautif ... meer infomore infoinformations supplémentaires 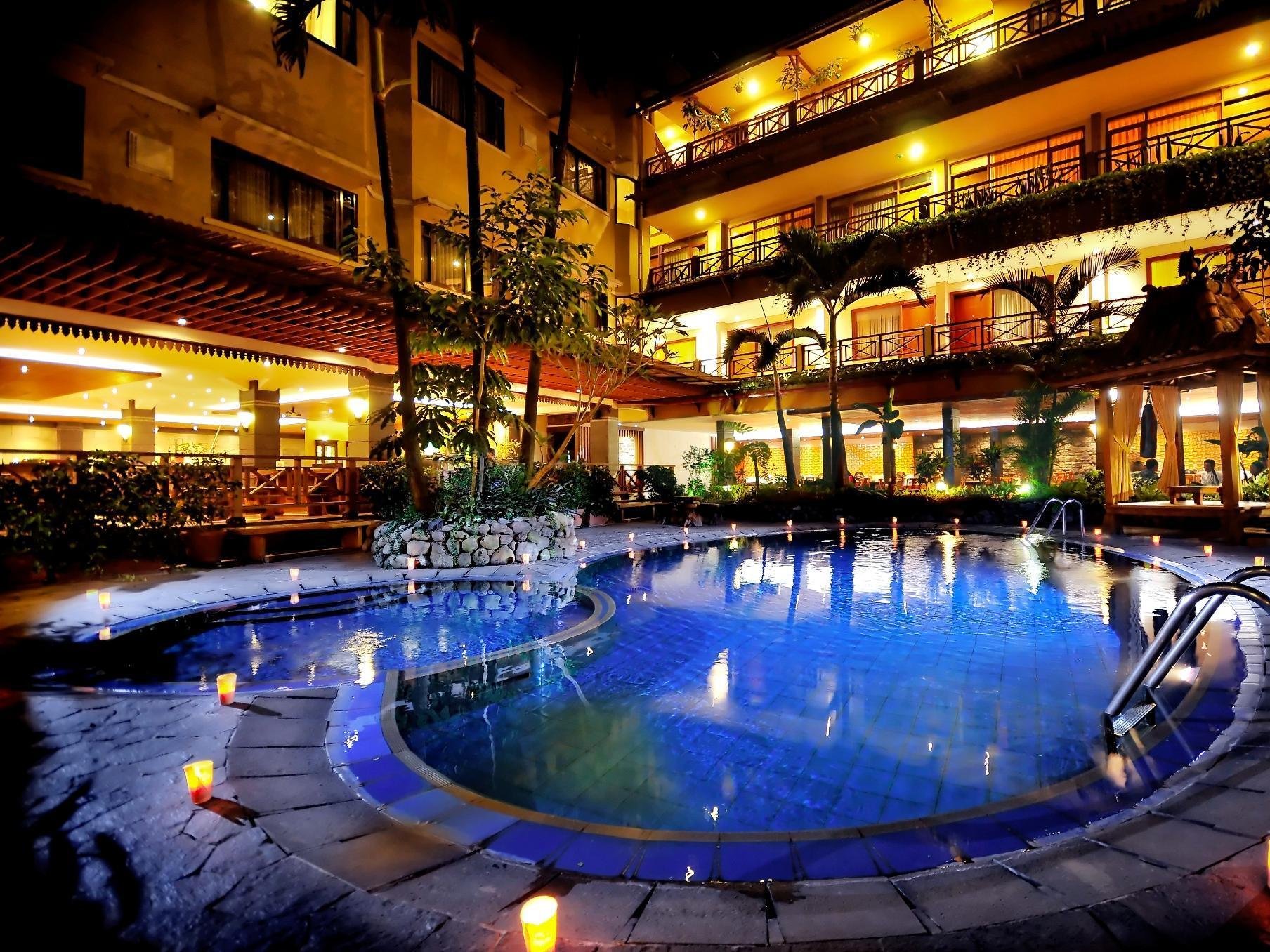 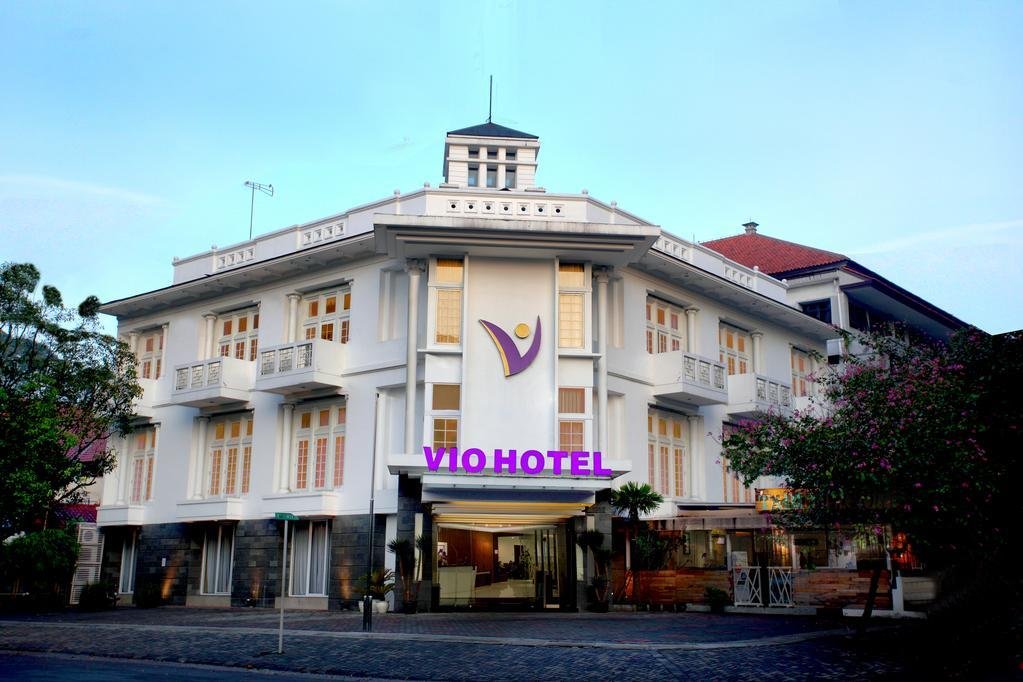 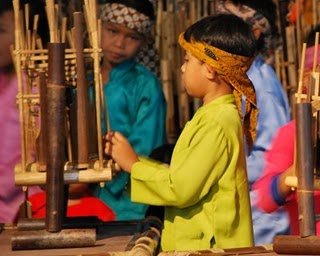 Take a look at the famous angklungschool Saung Angklung Udjo. Led by the descendants of the late Pak Udjo, a large group of enthusiastic children gives a dazzling show with a wayang performance, angklung music and dance. The performance starts at around 3:30 PM. ... meer infomore infoinformations supplémentaires 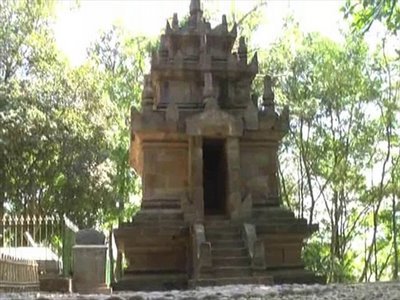 This temple is one of the few Hindu temples in Indonesia. The temple dates from the eighth century and is built on a peninsula in Lake Cangkuang. Enjoy the beautiful, peaceful environment. To get here you can first travel by horse and cart and then on a bamboo raft. ... meer infomore infoinformations supplémentaires 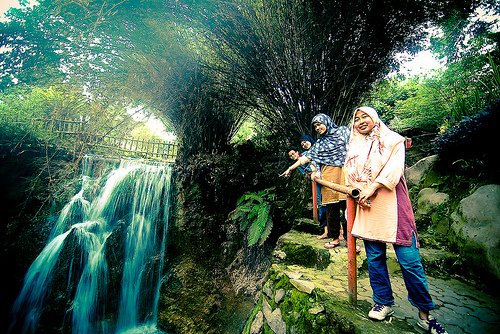 You can relax in the various pools of the Ciater Hotsprings. The water is heated by the nearby volcano Tangkuban Perahu. ... meer infomore infoinformations supplémentaires 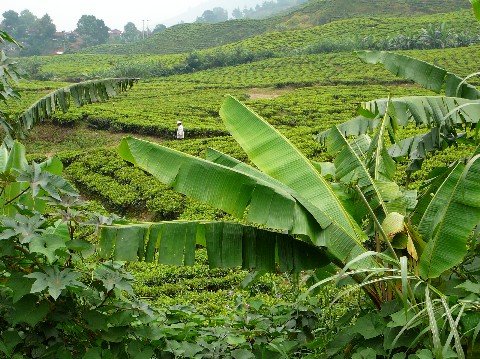 Gunung Mas tea plantation is located on the flanks of the Puncak. Here you can see how the ladies in particular pick the tea. ... meer infomore infoinformations supplémentaires 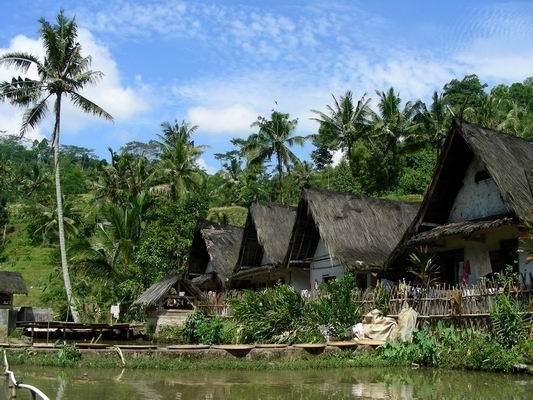 Kampung Naga is one of the most beautiful and traditional villages in West Java. Although the village is close to modern civilization, the community has retained its unique, special culture and the traditional architectural style can also be found here. It is possible to hire a guide on site. ... meer infomore infoinformations supplémentaires 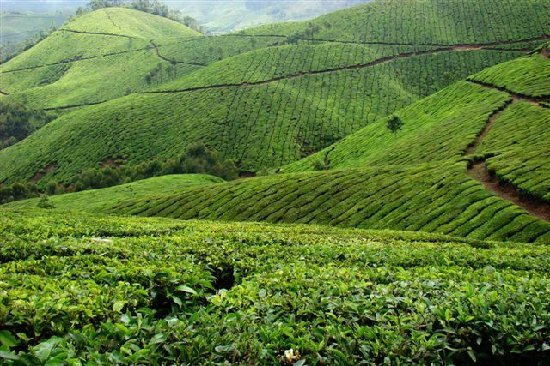 The Malabar Tea Factory was founded in 1896. At the time a daring venture, but still very successful. The Dutchman K.A.R. Bosscha has played a large part in this and his grave can be found on the Malabar site. Malabar is one of the most important tea plantations in Indonesia. The impressive tea fiel ... meer infomore infoinformations supplémentaires 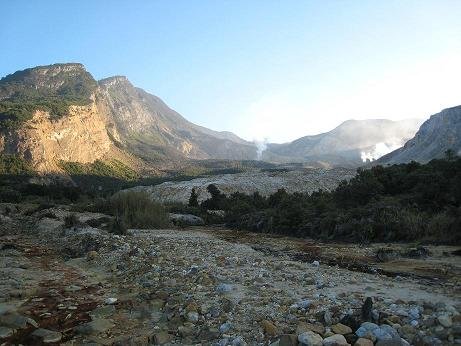 The Papandayan with its four craters is an impressive volcano. The stratovolcano erupted last time in 1772. The summit is easily accessible and well worth a visit. ... meer infomore infoinformations supplémentaires 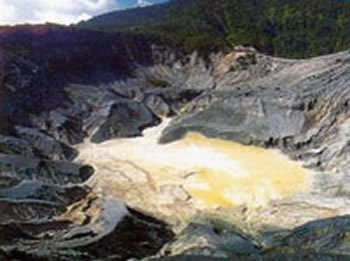 This active volcano last erupted in 1983 and is 2084 meters high. You can walk around here and it is possible to get to the crater. You can also view the hot springs. It is possible to hire a guide on site. ... meer infomore infoinformations supplémentaires